Breach of Privilege: Spying on Lawyers in the United States, NLG , 2014 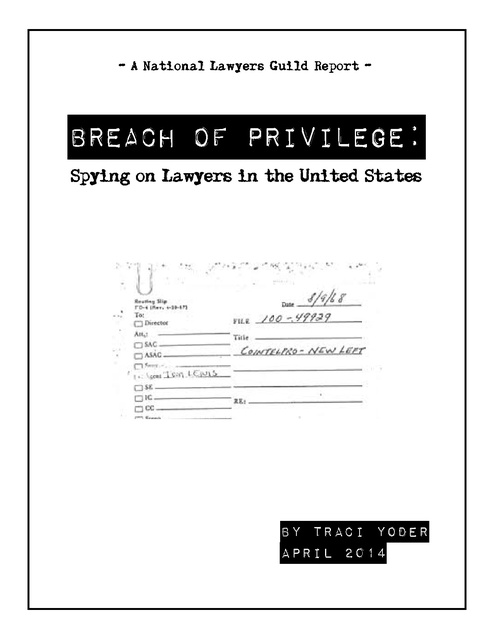