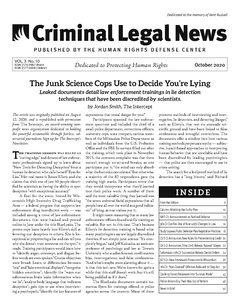 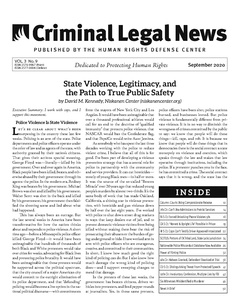 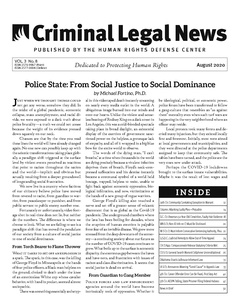 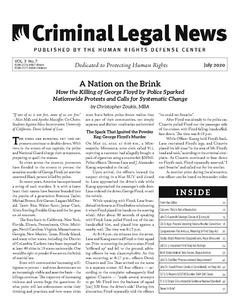 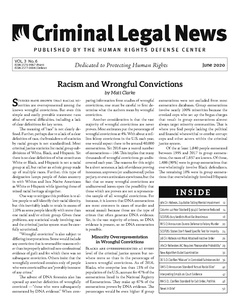 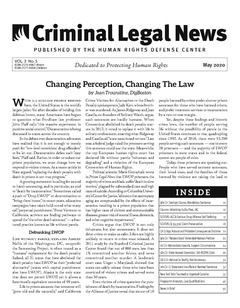 Paul Wright, the founder and executive director of the Human Rights Defense Center and editor of Prison Legal News and Criminal Legal News, is a regular guest on the "Loud & Clear" podcast's Thursday series “Criminal Injustice,” a segment about the most egregious conduct of our courts and prosecutors and how justice is denied to so many people in this country. Listen to this week's episode here or visit our media library, here, for an archive of past shows.

The Junk Science Cops Use to Decide You’re Lying

Leaked documents detail law enforcement trainings in lie detection techniques that have been discredited by scientists.

by Jordan Smith, The Intercept

The article was originally published on August 12, 2020, and is republished with permission from The Intercept, an award-winning nonprofit news organization dedicated to holding the powerful accountable through ...

State Violence, Legitimacy, and the Path to True Public Safety

by David M. Kennedy, Niskanen Center (niskanencenter.org)
Executive Summary: I work with cops, and I support this movement.

Let’s be clear about what’s been happening in the country these last few weeks. Policing is an arm of the state. Police departments and police ...

Just when we thought things could not get any worse, somehow they did. In the midst of a global pandemic, economic collapse, mass unemployment, and racial divide, we were exposed to a dark truth about police brutality—a truth we could not unsee because the weight of ...

A Nation on the Brink

“If one of us is not free, none of us are free.”
– Max Mills and Ayesha Muzaffar, Co-Chairs, Students Against Mass Incarceration, University of California, Davis School of Law ...

Studies have shown that racial minorities are overrepresented among the known wrongful convictions. But even this simple and easily provable statement runs afoul of several difficulties, including a lack of clear definitions for key terms.

The meaning of “race” is not clearly defined. Further, perhaps due to ...

What Mass. lawmakers can learn from the battle to end death by incarceration across the country

With 2.3 million people behind bars, the United States is the world’s largest jailer. Yet after decades of holding this dubious honor, many Americans have begun ...

Recent Headlines From Our Daily Newsletter

Deputy put on leave for pinning teen to wall

Davidson Co. ready to assume management of prison from CoreCivic by October