Decision on Geo Protest Re Conflict of Interest 2011 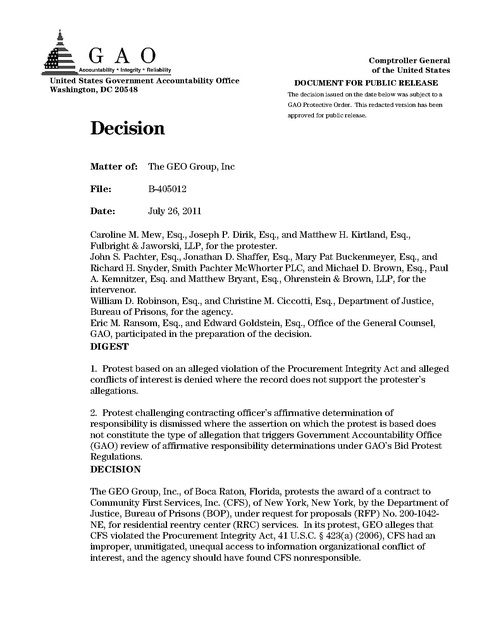