Making Your Life Your Own: How Olmstead Expands Rights and Opportunities for People with Serious Mental Illnesses, Bazelon Center for Mental Health Law, 2011 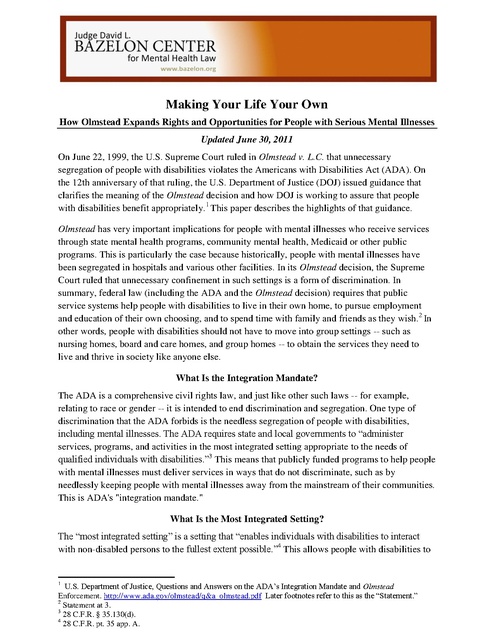