Memo to Chairman Russell from to Majority Staff, Subcommittee on National Security, re Independent Investigations and Employee Discipline at the Bureau of Prisons, 2019 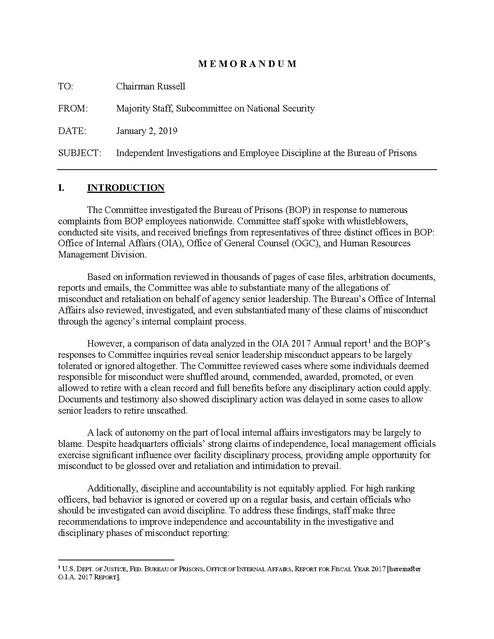