The Square One Project, Harm Reduction at the Center of Incarceration, 2021 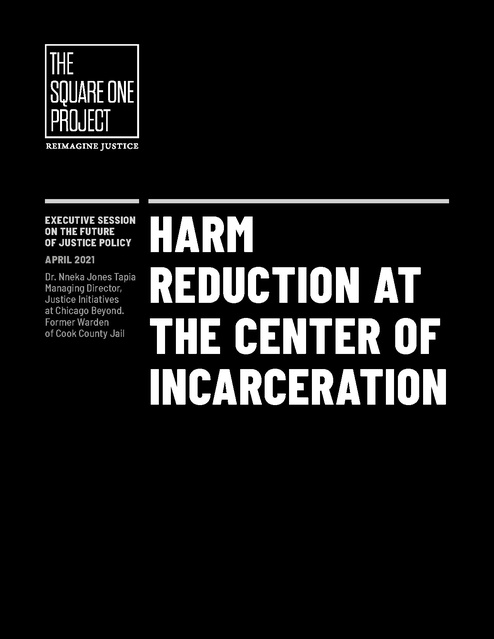