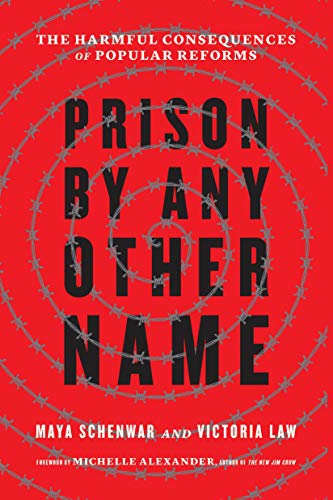 Prison by Any Other Name: The Harmful Consequences of Popular Reforms

“But what does it mean—really—to celebrate reforms that convert your home into your prison?”
—Michelle Alexander, from the foreword

Electronic monitoring. Locked-down drug treatment centers. House arrest. Mandated psychiatric treatment. Data-driven surveillance. Extended probation. These are some of the key alternatives held up as cost-effective substitutes for jails and prisons. But many of these so-called reforms actually widen the net, weaving in new strands of punishment and control, and bringing new populations, who would not otherwise have been subject to imprisonment, under physical control by the state.

As mainstream public opinion has begun to turn against mass incarceration, political figures on both sides of the spectrum are pushing for reform. But—though they’re promoted as steps to confront high rates of imprisonment—many of these measures are transforming our homes and communities into prisons instead.

In Prison by Any Other Name, activist journalists Maya Schenwar and Victoria Law reveal the way the kinder, gentler narrative of reform can obscure agendas of social control and challenge us to question the ways we replicate the status quo when pursuing change. A foreword by Michelle Alexander situates the book in the context of criminal justice reform conversations. Finally, the book offers a bolder vision for truly alternative justice practices.