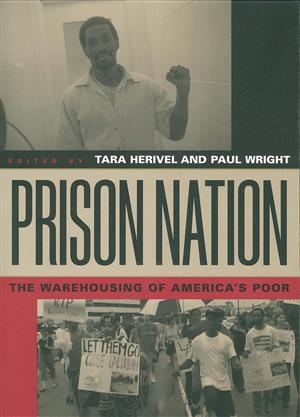 
Prison Nation is a distant dispatch from a foreign and forbidden place--the world of America's prisons. Written by prisoners, social critics and luminaries of investigative reporting, Prison Nation testifies to the current state of America's prisoners' living conditions and political concerns. These concerns are not normally the concerns of most Americans, but they should be. From substandard medical care, to the inadequacy of resources for public defenders, to the death penalty, the issues covered in this volume grow more urgent every day. Articles by outstanding writers such as Mumia Abu-Jamal, Noam Chomsky, Mark Dow, Judy Green, Tracy Huling, and Christian Parenti chronicle the injustices of prison privatization, class and race in the justice system, our quixotic drug war, the rarely discussed prison AIDS crisis, and a judicial system that rewards mostly those with significant resources or the desire to name names. Correctional facilities have become a profitable growth industry for companies like Wackenhut that run them and companies like Boeing that use cheap prison labor. With fascinating narratives, shocking tales, and small stories of hope, Prison Nation paints a picture of a world many Americans know little or nothing about.