The Prevalence and Severity of Mental Illness Among California Prisoner's on the Rise, Stanford Justice Advocacy Project, 2017 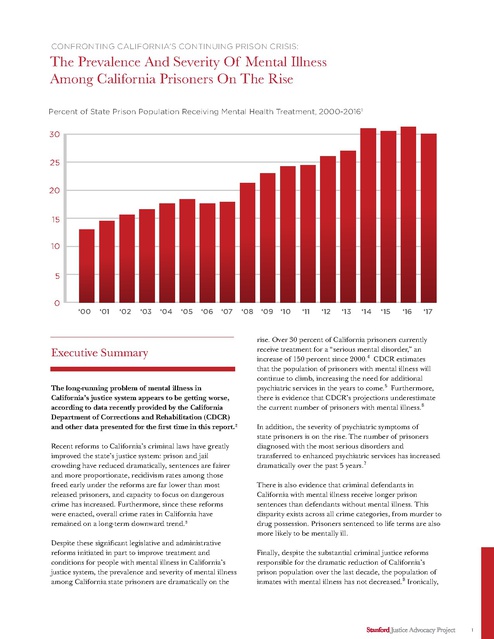