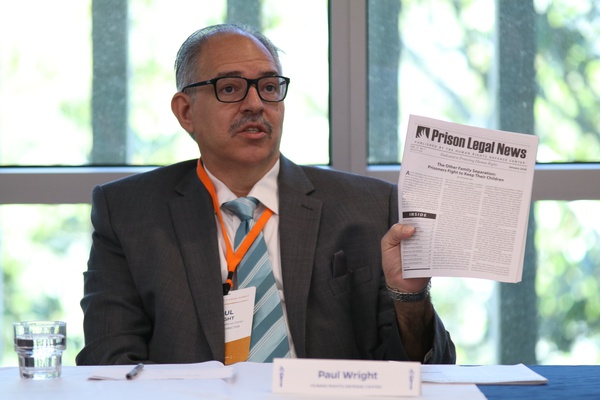 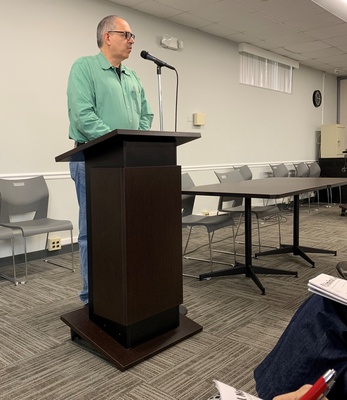 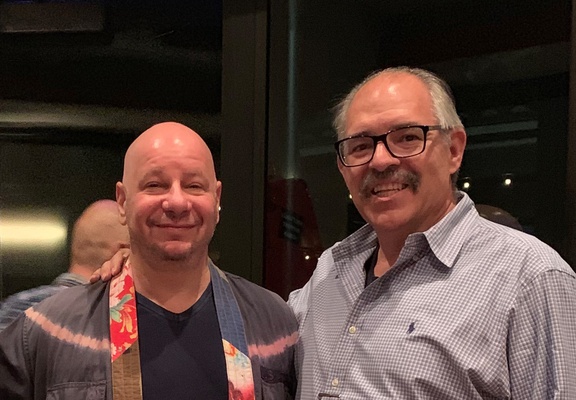 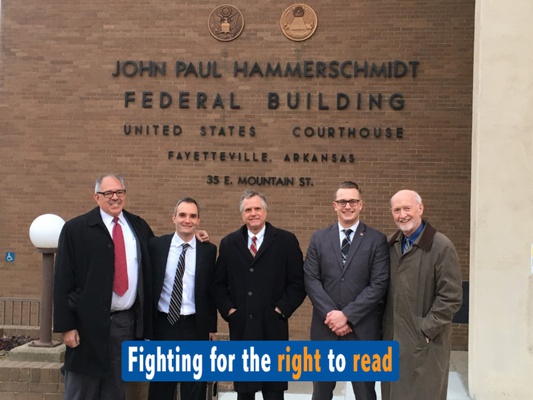 HRDC’s dedicated legal team in Fayetteville, Arkansas fighting in court to allow prisoners at the jail in Baxter County to access reading materials outside of the jail's postcard-only policy 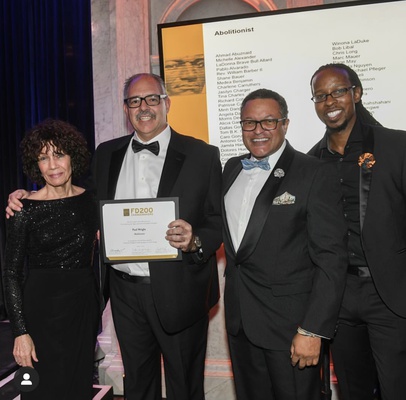 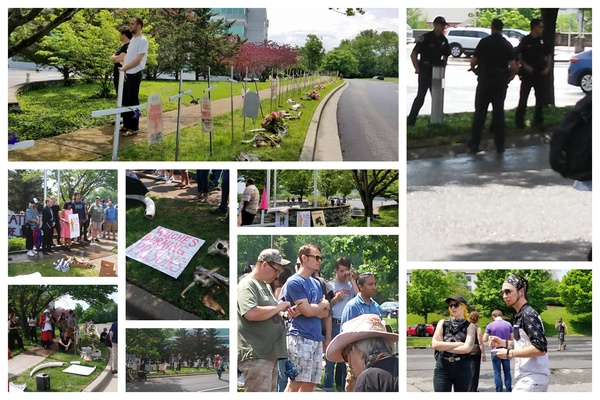 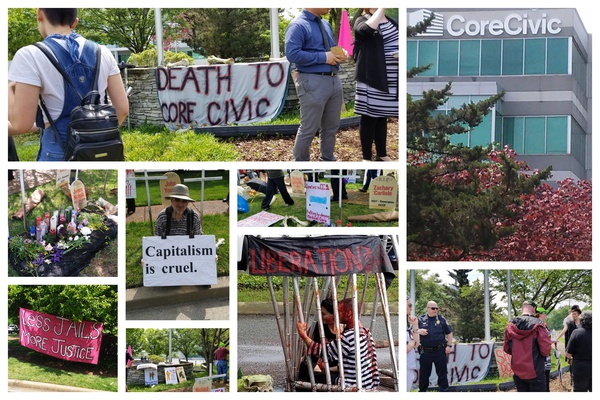 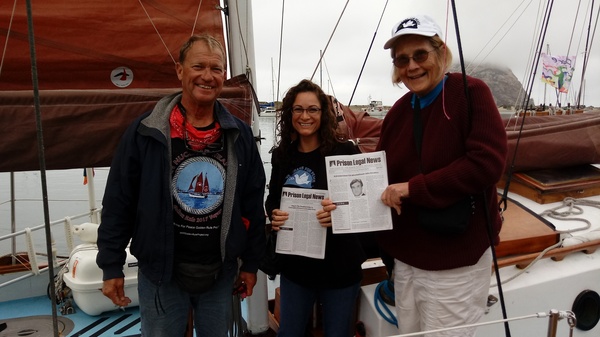 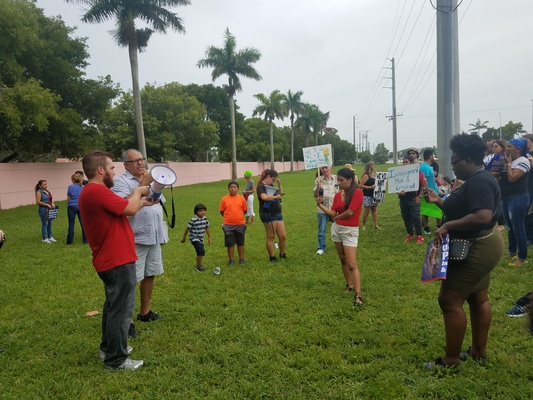 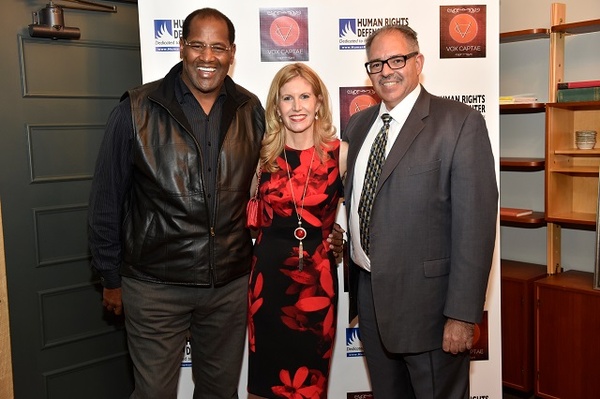 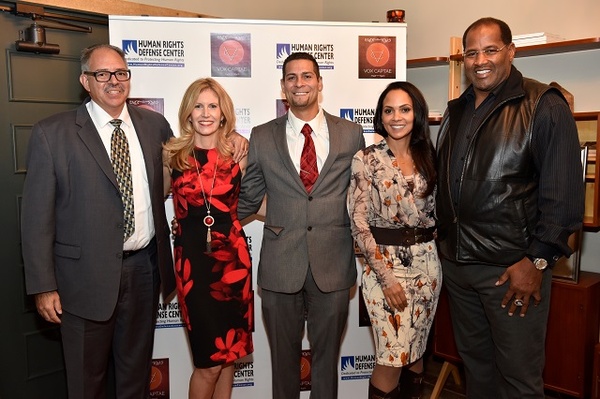 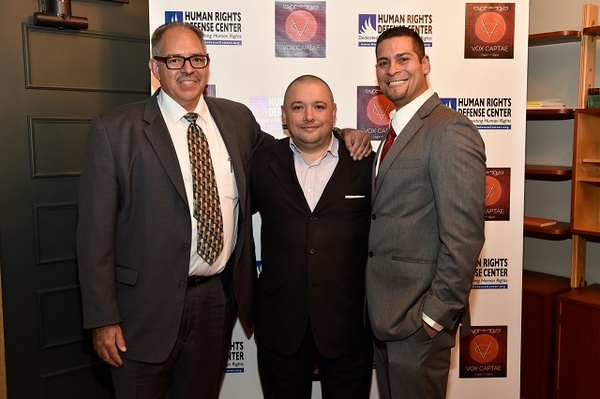 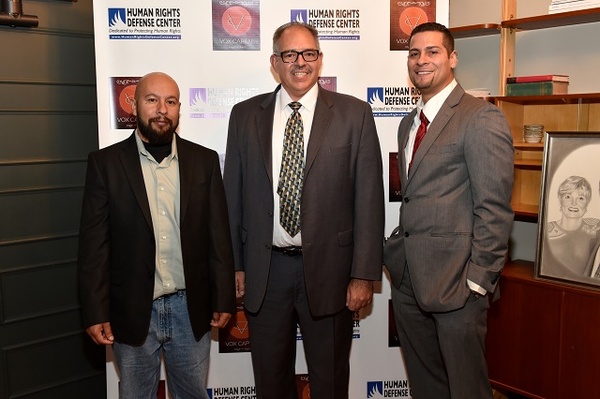 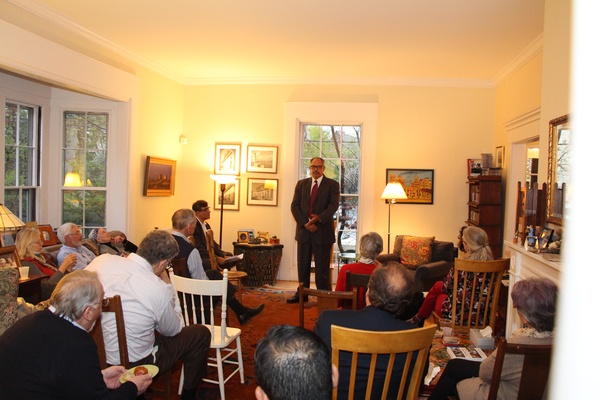 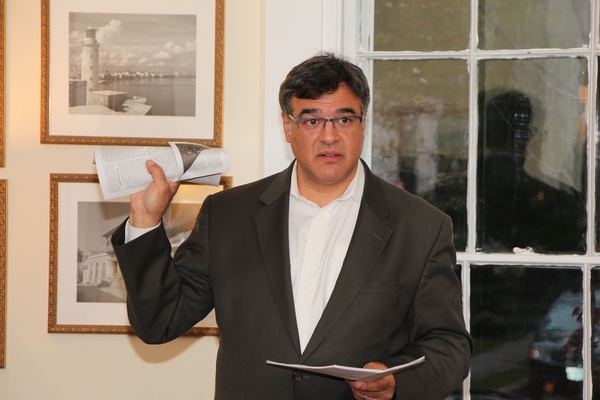 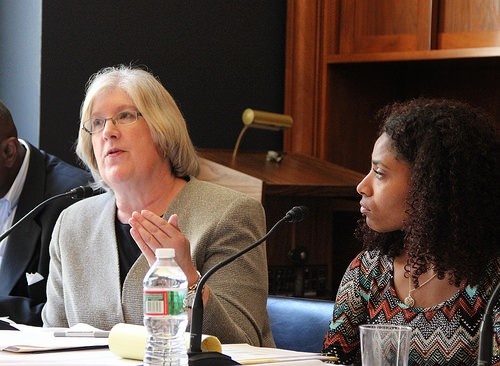 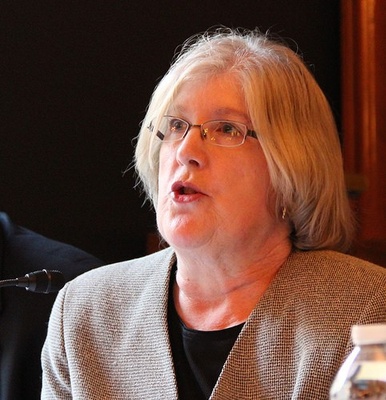 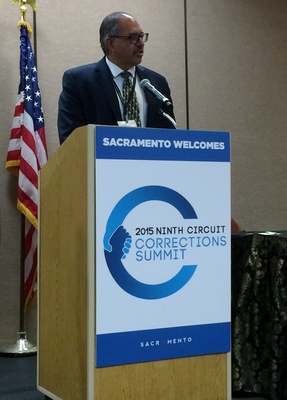 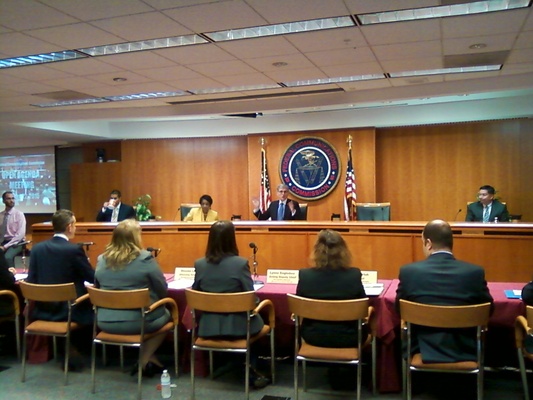 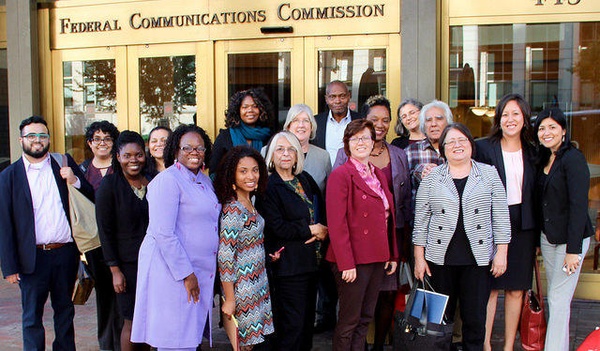 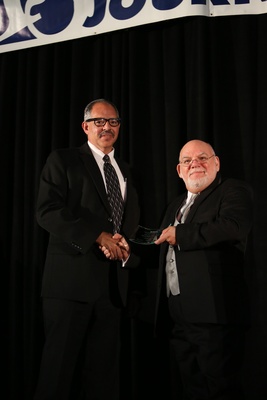 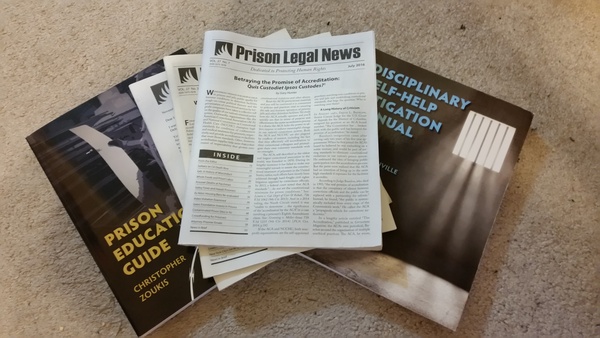 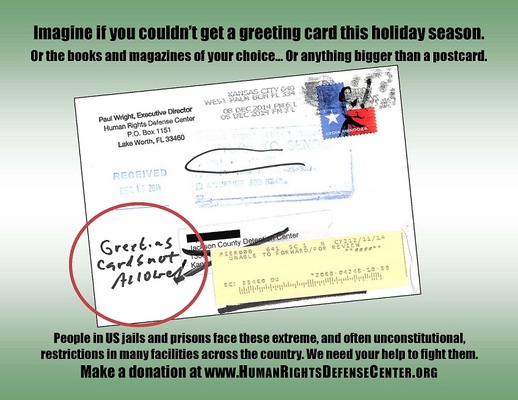 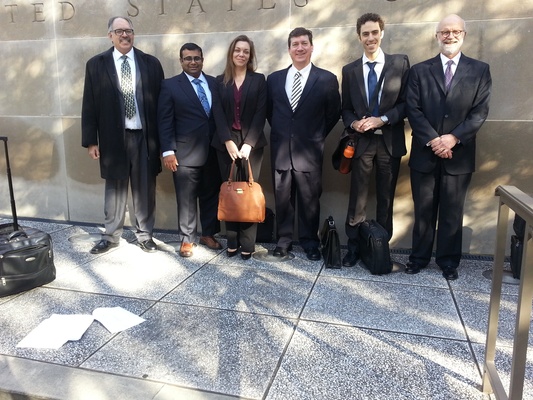 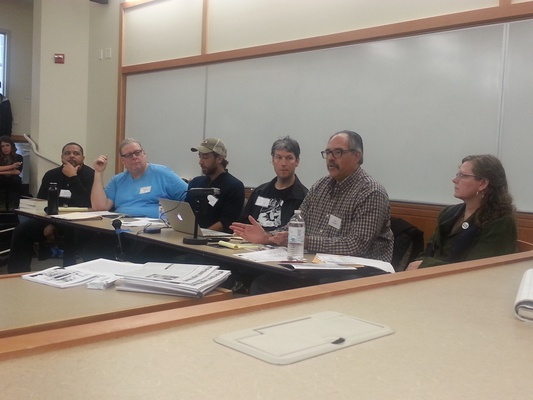 PLN at PIELC conference in Oregon 2015 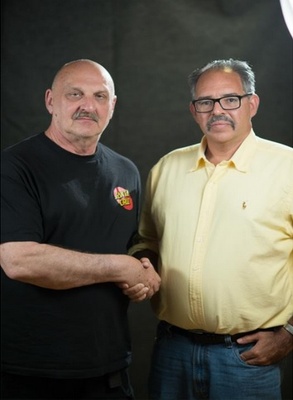 Video title: 4 guards outside cell as Georgia inmate hanged himself

Description: Read the full story on myajc.com: https://www.myajc.com/news/crime--law/videos-guards-outside-cell-georgia-inmate-hanged-himself/22tRwr7RUfeJIlUdHQkrhK/ (This video was reposted with permission from the author and publisher)

Description: HRDC Executive Director Paul Wright speaks to crowd about police shootings and the need for accountability. Original Facebook caption: "Thank you, Paul Wright, for your wise words and commitment to the cause." 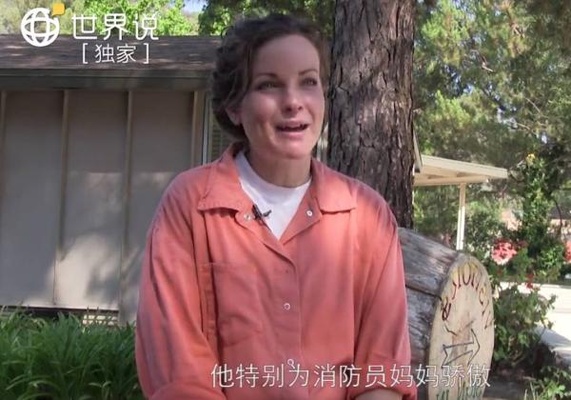 Description: Arkansas’ Governor Asa Hutchinson has ordered that eight executions be carried out before one of its lethal injection drugs expires at the end of April. A federal judge has granted a stay on the execution of only one of the condemned. Paul Wright, executive director at Human Rights Defense Center and editor at Prison Legal News joins RT America’s Anya Parampil to discuss the impending “mass execution” and the controversies surrounding capital punishment in the US.

Video title: We're Being Robbed But The People Doing It Will Never Go To Prison

Description: Corrections Corporation of America (CCA) is the country's biggest for-profit prison company and calls human beings in lock-up a "revenue stream." Don't let them profit off imprisoning even more. http://aclu.org/CCA#prisonprofiteers. This video is part of the Prison Profiteers series produced by Brave New Foundation's Beyond Bars campaign in partnership with the ACLU and The Nation. Narration by Henry Rollins. Research help provided by Prison Legal News.

Description: A new report on the wrongful convictions of innocent black Americans find that they are far more likely to serve time in prison for crimes they did not commit compared to their white counterparts. Researchers looked at the 1,900 exonerations reported in the National Registry of Exonerations between 1989 and October 20165. RT America's Manila Chan is joined by Editor of Prison Legal News Paul Wright to discuss further.

Description: This forum was the culmination of FCC Commissioner Mignon Clyburn's #ConnectingCommunities tour which has explored the opportunities and challenges of bringing affordable, diverse and competitive communications services to all Americans. #Solutions2020 focused on proposing answers to some of the toughest challenges facing the communications sector. Held on October 19, 2016 at the Georgetown University Law Center in Washington, DC.

Description: This forum was the culmination of FCC Commissioner Mignon Clyburn's #ConnectingCommunities tour which has explored the opportunities and challenges of bringing affordable, diverse and competitive communications services to all Americans. #Solutions2020 focused on proposing answers to some of the toughest challenges facing the communications sector. Held on October 19, 2016 at the Georgetown University Law Center in Washington, DC.

Description: Interview with Paul Wright of HRDC on Tunisian politics

Description: To analyze the impact of the reforms and gather information to inform additional reforms of inmate calling services (ICS), the Commission held a workshop on Wednesday, July 9, 2014. Topics for the workshop included state reforms of ICS, the cost characteristics of the provision of ICS in different correctional facilities, the regulation of ancillary charges, and non-traditional communications technologies used in correctional settings.

Description: CNBC's Scott Cohn travels the country to go inside the big and controversial business of prisons. "Billions Behind Bars: Inside America's Prison Industry," a CNBC original documentary, goes behind the razor wires to investigate the profits and inner-workings of the multi-billion dollar corrections industry.

Description: TAP is a statewide organization with a mission to build a prosperous, sustainable economy that benefits all Tennesseans. TAP believes that we need to articulate a hopeful vision for the future based on our motto "We are all in this together." Award presented to Alex Friedmann, Managing Editor of Prison Legal News.

Description: Interview with Paul Wright, founder and editor of "Prison Legal News" and co-editor of the book "Prison Profiteers: Who Makes Money From Mass Incarceration"

Video title: "I've seen it from the outside and the inside and I know how private prisons operate..."

Description: Alex Friedmann of Prison Legal News spent six years incarcerated in a CCA-run facility. He believes CCA's 30th anniversary should be viewed as an opportunity to speak out against the private prison industry.

Private prison company Corrections Corporation of America is spending 2013 commemorating its 30th anniversary with celebrations around the country. However, the 30th Anniversary of CCA and the modern for-profit private prison industry is nothing to celebrate. Please join the Public Safety and Justice Campaign, civil rights leaders, people of faith, criminal justice reform groups, and immigrant rights organizations as we collectively say it's time to end, not celebrate, the for-profit private prison and immigrant detention system in the United States. We are encouraging organizational and denominational leaders and their members to make short videos on why it's time to end for-profit incarceration.

Description: The Aspen Forum for Community Solutions, Center for Community Change, My Brother’s Keeper Alliance, and the Vera Institute of Justice invite you to a leadership and conversation on the mass incarceration crisis.

We are at a pivotal moment. Supporters of mass incarceration have argued that locking people away is needed to fight crime, but the imprisonment rate has climbed regardless of fluctuations in crime rates, giving the United States the highest incarceration rates in the world. The current revolving door system has done little rehabilitate men and women; tearing families and leaving communities no safer.

This event will bring together policy, system and community leaders for a critical conversation on the history and impact of mass incarceration and the strategies to end it. Designed for an audience of legislative, policy and advocacy leaders, we expect the event to serve as a powerful catalyst to action on this urgent issue.

Paul Wright, the founder and executive director of the Human Rights Defense Center and editor of Prison Legal News and Criminal Legal News, appears regularly with fellow journalist Kevin Gosztola on the "Loud & Clear" podcast's weekly series “Criminal Injustice,” a segment about the most egregious conduct of our courts and prosecutors and how justice is denied to so many people in this country.